Here is a selection of my poems on current affairs – my Rhymes of the Times.

On the occasion of the Tories entering into a £1.5 billion deal with the DUP to prop up their government. 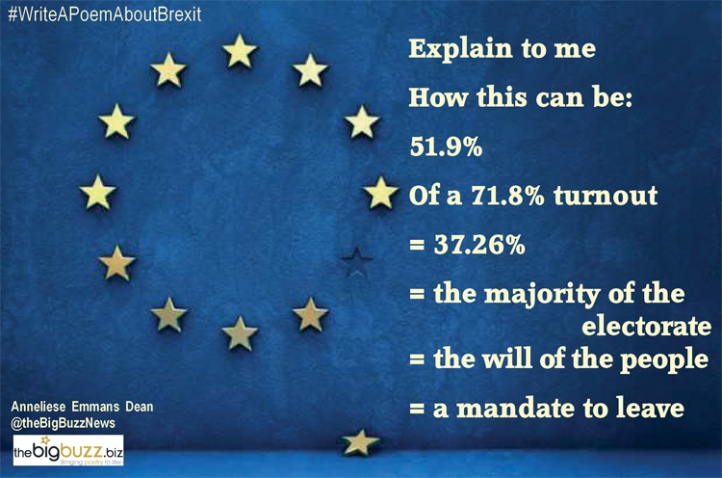 December 2012
My round-up of the year’s events. 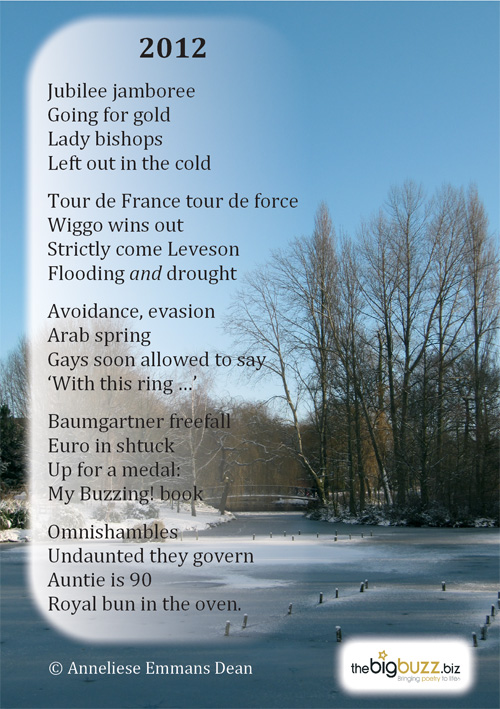 December 2011
My round-up of the year’s events.

February 2011
Pakistani cricketers are found guilty of spot fixing, and Japanese sumo wrestlers are embroiled in controversy too. (This recording is from a live Rhymes of the Times show.)
Listen to my poem, ‘Sports Thoughts’

October 2010
To coincide with a UN biodiversity conference taking place in Japan, the BBC World Service’s environment programme One Planet commissioned a poem from me about the wildlife in my city.
Listen to my poem

March 2010
To mark World Poetry Day on 21 March, the Radio 2 Arts Show commissioned a poem from me. It’s called ‘And the winner is …’
Read my poem
Listen to my poem (mp3)

October 2009
‘The Bigger Picture’ (pdf)
The opening poem in ‘Another Fine Mess …’, my poetry show about the credit crunch that I performed at the The Bigger Picture: Festival of Interdependence in London, organised by the New Economics Foundation (nef).
Find out more

June 2009
‘TheyGov‘, a poem about MPs’ expenses being published.

May 2009
‘Last Orders’, a poem about MPs and their expenses, performed at a ‘Rhymes of the Times’ show (and also broadcast on the Today programme on Radio 4):

May 2009
The BBC commissions me to write some poems to mark the appointment of Britain’s first woman Poet Laureate, Carol Ann Duffy. 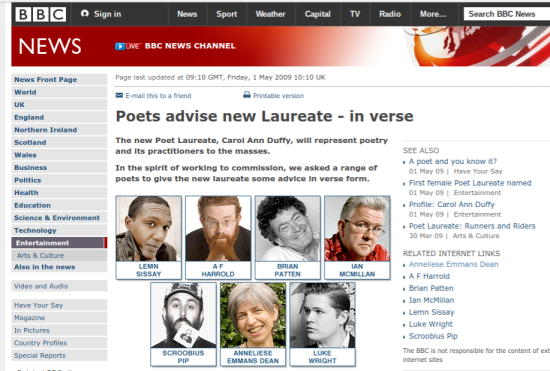 Reaction to my BBC poem on the role of a 21st-century Poet Laureate: